J-Novel Club took to Twitter yesterday to announce a pretty healthy slate of new manga and light novel titles! Below is everything they announced! 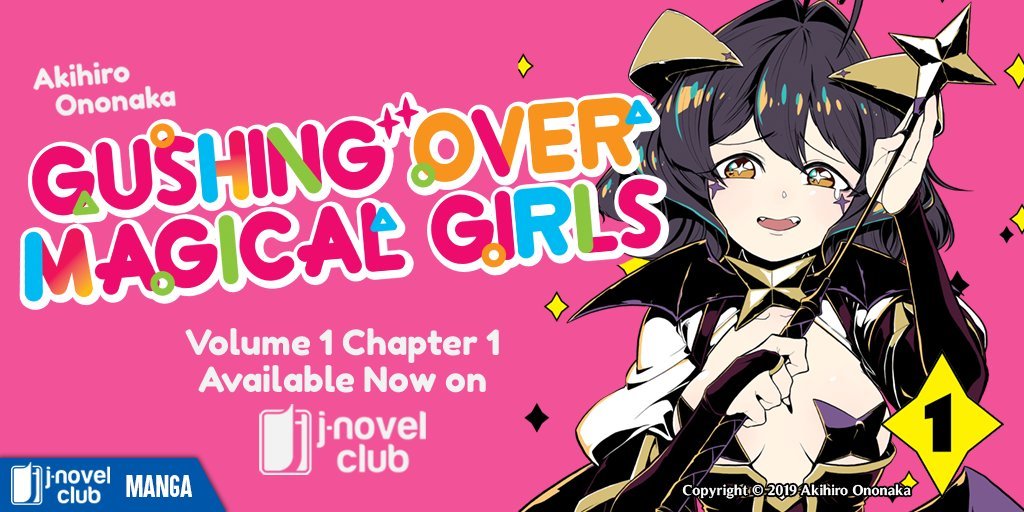 Utena is just a normal middle school girl who likes magical girls. Suddenly, she finds herself the target of a spell from a talking mascot and becomes… the bad guy?! Get ready for some magical yuri girl action as this manga series launches Chapter 1 now on J-Novel Club! https://bit.ly/3w73BDg 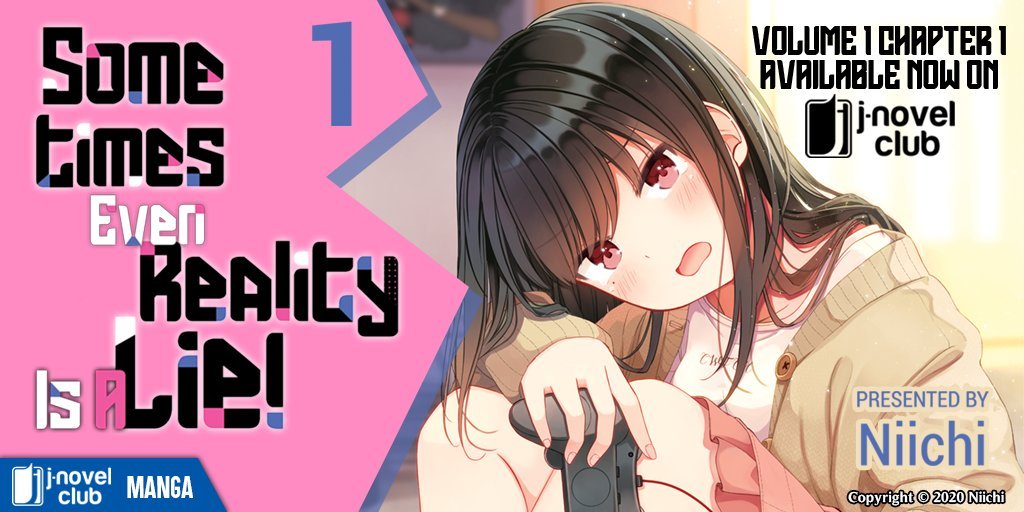 Now it’s time to change boy and girl with Niichi’s “Sometimes Even Reality Is A Lie”! Avid MMORPG gamer Kaoru Terasai is in for a surprise when his longtime gaming friend turns out to be a girl! Plus, he suddenly has to cross-dress to go out with her? ! Find out what happens in Chapter 1, which is now available to read! https://bit.ly/35UT9nz 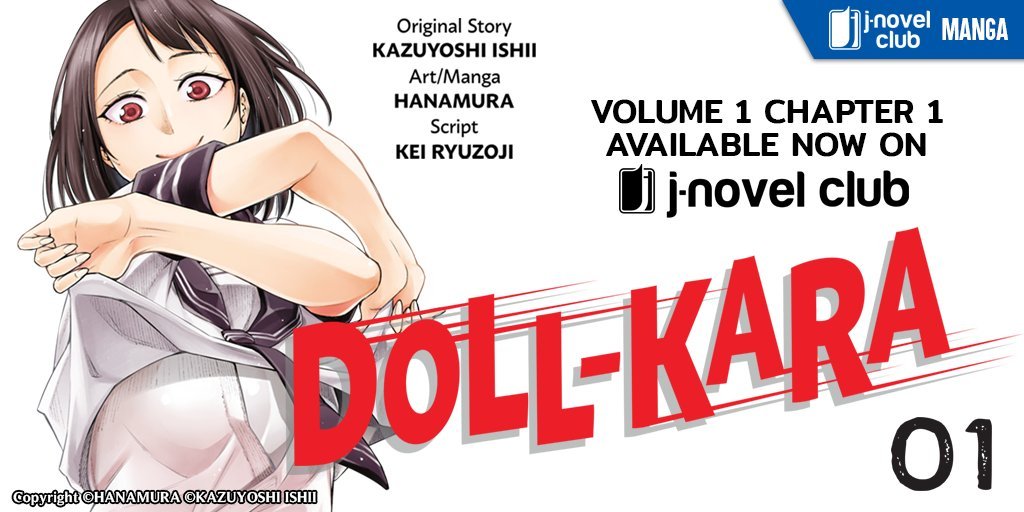 As soon as he gets out of Shizuoka prison, Kazuyoshi Ishii’s life comes to an abrupt end. He wakes up to find himself in the body of a comatose schoolgirl named Kei Ichinose. Follow K-1 martial arts organization founder Kazuyoshi Ishii as he strives to make amends with his karate and past in “Doll-Kara.” This manga adaptation by Hanamura has Chapter 1 now available to read on J-Novel Club!https://bit.ly/3MMRW2d 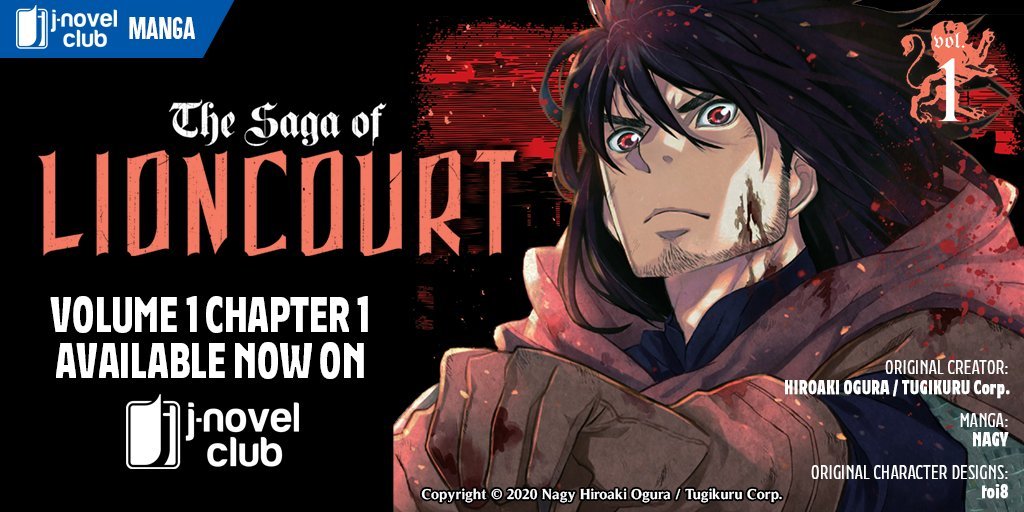 In “The Lioncourt Saga”, middle-aged office worker Tadashi Tanaka dies of terminal cancer. However, he wakes up in a strange world resembling medieval Europe. Find out what happens when Tadashi starts a new life as Varian de Lioncourt in this manga adaptation by Nagy. This action fantasy manga based on writer Hiroaki Ogura’s light novel series is launching its first chapter right now! https://bit.ly/3tTrR9e 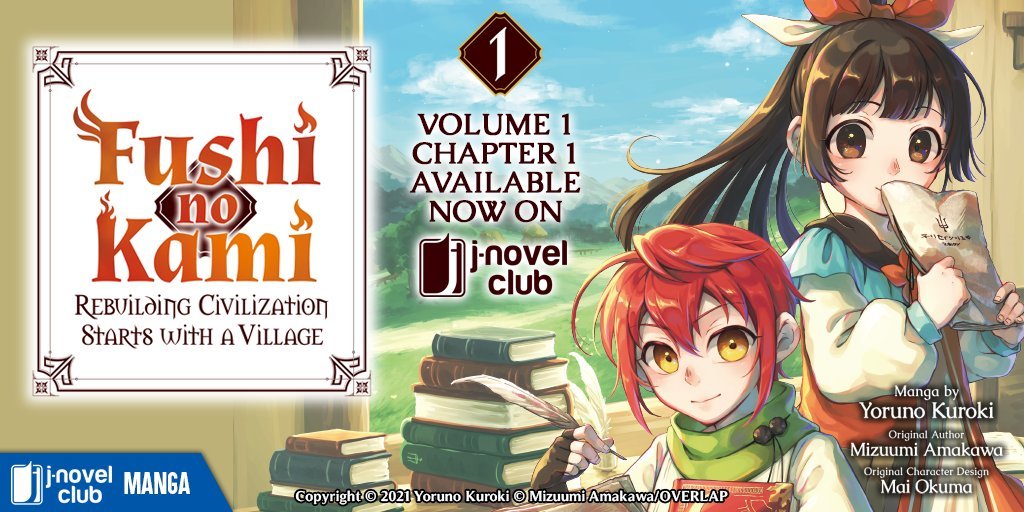 Already a popular light novel on J-Novel Club, “Fushi no Kami: Rebuilding Civilization Starts with a Village” follows a boy who lives in a farming village and dreams of improving his lifestyle in a weird way: using books to discover the secrets of an ancient culture! We’re excited to bring the first chapter of Yoruno Kuroki’s manga adaptation to readers today! https://bit.ly/3iaPh4p 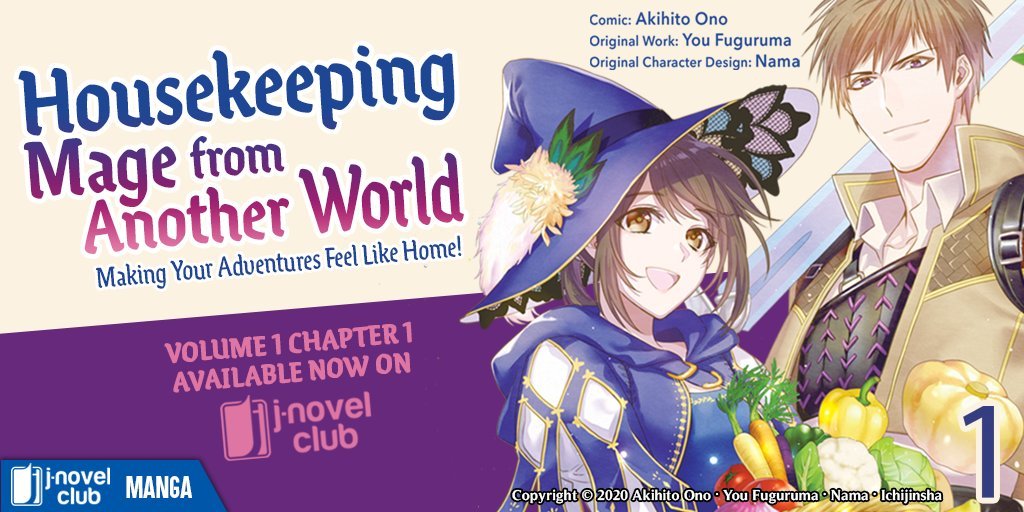 The manga adaptation of “Housekeeping Mage from Another World: Making Your Adventures Feel Like Home!” by Akihito Ono has arrived! Shiori has carved out a life as a household mage. Alec is an adventurer who is more than meets the eye. Both yearn for a place to belong. This cozy J-Novel Heart slice-of-life title will launch with Chapter 1 available to read now! https://bit.ly/3tZ7o2y 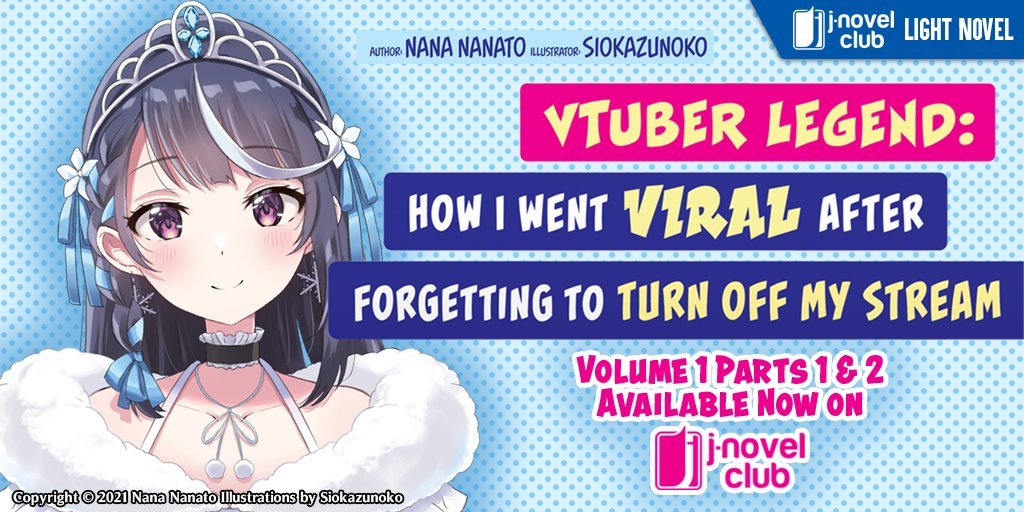 The gorgeous and polite Awayuki Kokorone offers only the most feminine content as a VTuber from Japan’s biggest VTuber company. Or so it seems, until the person behind the avatar, Yuki Tanaka, forgets to end his stream and starts opening a few cold ones… Find out what happens to Yuki in “VTuber Legend: How I Went Viral After Forgetting To Turn Off My Stream”! Readers can enjoy Part 1 and 2 of Nana Nanato’s light novel with illustrations by Siokazunoko on J-Novel Club now! https://bit.ly/3q90lU9 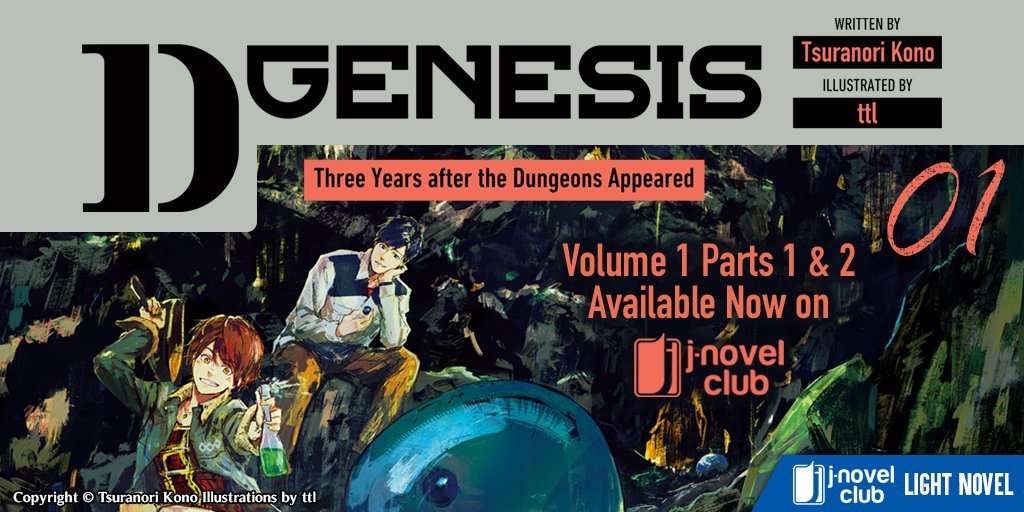 “D-Genesis: Three Years After Dungeons Appeared” delves into an interesting question: Can an office worker turn status screens into piles of cash? Keigo aims to quit corporate life after learning a skill that allows him to turn spawned dungeons into an RPG! Written by Tsuranori Kono and illustrated by ttl, this modern fantasy light novel already has parts 1 and 2 ready to read on J-Novel Club! https://bit.ly/3KHV8u6 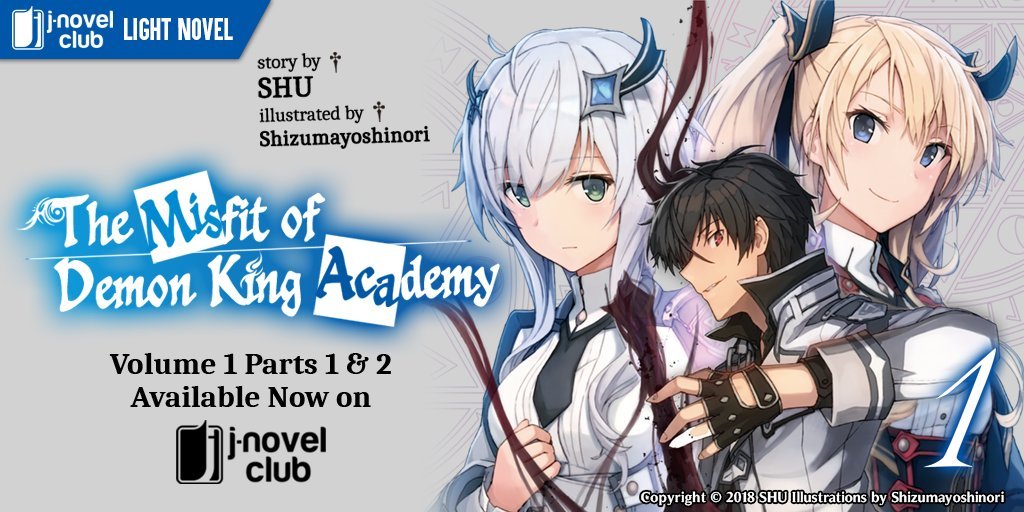 After 2000 years, Anos Voldigoad returns to the mortal world. His reincarnation sets off a chain of events as the Demon King of Tyranny himself enrolls in the Demon King’s Academy. But with power too great to measure, how will he prove the Founder stands before them? Parts 1 & 2 of the first volume of the acclaimed light novel “The Misfit of Demon King Academy” hits J-Novel Club today! https://bit.ly/37AOJT